Much of our best content is available only to IP Watch subscribers. We are a non-profit independent news service, and subscribing to our service helps support our goals of bringing more transparency to global IP and innovation policies. To access all of our content, please subscribe now.

A resolution on access to medicines proposed by a number of developing countries was adopted today by the United Nations Human Rights Council, as well as a resolution on enhancing capacity-building in public health. This marks yet another United Nations fora in which developing countries seek to raise the issue of access to medicines, particularly with regard to high prices. 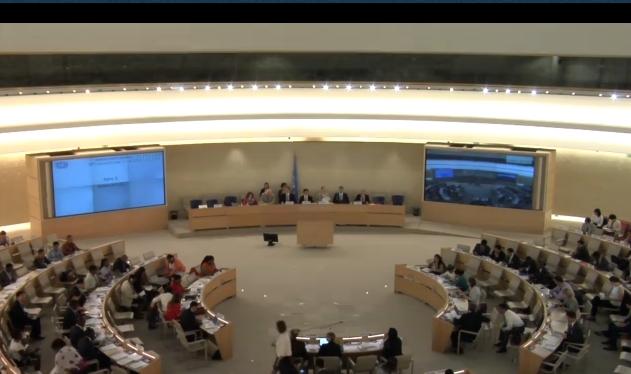 The 32nd session of the Human Rights Council took place from 13 June – 1 July.

Brazil, China, Egypt, Haiti, India, Indonesia, Paraguay, Peru, Senegal, Sri Lanka, South Africa, Thailand, and Turkey presented a resolution on access to medicines in the context of the right of everyone to the enjoyment of the highest attainable standard of physical and mental health.

The draft resolution said that “for millions of people throughout the world, the full and equal enjoyment of the right to the highest attainable standard of physical and mental health remains a distant goal,” and noted the UN High-Level Panel on Access to Medicines.

The document which was adopted is a revision, following discussions during the week led by Brazil.

In statements delivered today, although the three countries joined the consensus and said they support the overall aim of the resolution, the United Kingdom, Switzerland and the European Union voiced concerns about the language included in the draft resolution. Although supportive of the overall goal of the resolution, they pointed out that the text was unbalanced and did not recognise the complexity of the issue of access to medicines.

The resolution notes that “actual or potential conflicts exist between the implementation of the [World Trade Organization] Agreement on Trade-Related Aspects of Intellectual Property Rights and the realization of economic, social and cultural rights in relation to, inter alia, restrictions on access to patented pharmaceuticals and the implications for the enjoyment of the right to health.”

The cosponsors said millions of lives could be saved every year if access to affordable, safe, efficacious and quality medicines was improved, noting “with deep concern that, according to the World Health Organization in its World Medicines Situations Report of 2011, at least one third of the world population has no regular access to medicines, while recognizing that the lack of access to medicines is a global challenge that affects people not only developing countries but also in developed countries, even though the disease burden is disproportionately high in developing countries.”

The resolution called on UN member states to promote access to medicines for all, including by using TRIPS flexibilities, “recognizing that the protection of intellectual property is important for the development of new medicines, as well as the concerns about its effects on prices.”

States are also called to collaborate, “as appropriate, on models and approaches that support the delinkage of the cost of new research and development from the prices of medicines, vaccines and diagnostics for diseases that predominantly affect developing countries..”

The document also asks that the council decides on convening at its 34th session, “a panel discussion to exchange views on good practices and key challenges relevant to access to medicines as one of the fundamental elements of the fundamental elements of the right of everyone to the enjoyment of the highest attainable standard of physical and mental health, taking into account all relevant reports, and that the discussion shall be fully accessible to persons with disabilities.”

The United Kingdom, in its comment today said a number of provisions in the text are “problematic,” and in particular the resolution “presents a substantial amount of language that has been intricately negotiated by relevant experts at the World Health Assembly (WHA), the World Trade Organization, and the World Intellectual Property Organization.”

The UK also said the second paragraph of the resolution which stresses “the responsibility of States to ensure access for all, without discrimination, to medicines, in particular essential medicines, that are affordable, safe, efficacious and of quality,” is unfounded in law.

The report of the UN High-Level Panel on Access to Medicines is due to deliver its report “next month,” he said, and the resolution calls for a second panel addressing the same topic without waiting for the result of the High-Level Panel, the UK delegate said. Discussions in the Human Rights Council on access to medicines duplicates the work of the WHA.

Switzerland said it would have liked a more balanced resolution and noted that the High-Level Panel on Access to Medicines was not mandated by member states. Switzerland would have liked to see more transparency in the context of the establishment and the work of the panel, the Swiss delegate said.

The resolution fails to strike a balance between the protection of intellectual property and patents as an incentive to innovation, and the use of TRIPS flexibilities, he said. The reference to price of medicines in the resolution is an inadequate simplification of the issue, he said. Patents and prices are not directly linked, he said, as prices result from a variety of factors, such as import taxes, national medicine supply systems, and the role of intermediaries.

While preserving their patents, the innovators from pharmaceutical companies already contribute to solutions for low and medium-income population.

Netherlands, for the EU, said the EU is a major contributor in health-related aid but said that the assumption that the right of inventors is the main impediment to innovation and access to health overlooks a key finding of a joint WHO-WTO-WIPO trilateral study. That study said that the lack of access to medicine and medical technology is rarely due to one single determinant, he said, citing other factors which could ease the issue, such as health systems strengthening, increased capacity for local production and for the detection of falsified medicines, and regulatory authority capacity building.

The Human Rights Council lacks the necessary expertise and competence to address the issue in a holistic way, in all its complexity, the Netherlands delegate said. The issue of access to medicines has already been addressed by the Council in a specific past resolution, he said. He also underlined the risk of duplication of work on the issue, given the ongoing work of the High-Level Panel, and work carried out in other fora.

The resolution calls in particular for “Member States and the international community to increase investment, building on existing mechanisms and through partnership, to improve health systems in developing countries and countries with economies in transition with the aim of providing sufficient health workers, infrastructures, management systems and supplies to achieve the Sustainable Development Goals by 2030.”