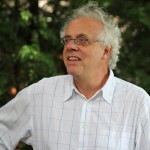 A man who steals a milk bottle may face a criminal charge. In contrast, a scientist who invents data, defrauds funders, and publishes fabricated data that may lead to patient harm is highly unlikely to face criminal charges. The news that Volkswagen staff may be criminally prosecuted for manipulating emission tests raises again the question of whether scientific fraud should be a criminal offence.

I’ve blogged on this before, arguing that there are three main arguments for making scientific misconduct a criminal offence. Firstly, it’s no different from financial fraud, which is a criminal offence, in that resources (often public funds) are misused. Secondly, universities are poor at conducting investigations and gathering evidence, whereas it’s an everyday job for the police. Thirdly, universities and other employers of researchers face a painful conflict of interest in exposing one of their researchers as fraudulent and have often failed to properly investigate, punish, and put the record straight.

But things are beginning to change. In June Dong-Pyou Han, a researcher from Iowa State University was sentenced to 57 months in prison for altering rabbit blood samples to improve the results of an experiment with an HIV vaccine. He was also ordered to repay $7 million to the National Institutes of Health.

It was in December 2013 that the Office of Research Integrity (ORI) concluded that Han had faked data to make the vaccine look more powerful than it actually was. The fake results had been widely reported and included in new grant applications. Han resigned from his post and agreed to a three year research ban.

According to Retraction Watch, Senator Charles Grassley expressed the opinion that the ORI’s response was inadequate, and in June 2014 Han was criminally charged. Nearly five years in prison is surely not a disproportionate punishment for the misuse of millions of dollars and the fabrication of data that could have led to people being treated with a vaccine that was not as effective as it seemed to be.

Adam Marcus and Ivan Oransky of Retraction Watch described in the New York Timestwo previous cases, both in the US, of scientists being imprisoned for scientific misconduct, but convictions outside of the US seem to be rare or non-existent.

All those like me have been following the long, painful, and largely ineffective attempt of science to respond to research misconduct will have their own ideas on cases where the criminal law should have been invoked, and mine would be that of Werner Bezwoda, an oncologist at the University of Witzwatersrand in Johannesburg. I’ve written on this case before with colleagues. Bezwoda was a leading researcher on the use of high dose chemotherapy and bone marrow transplantation in women with advanced breast cancer.

Patients came from three continents to be treated by him because he got spectacular results: 90% of patients of the patients he treated achieved a complete remission. He presented his results in San Diego in 1992, and his results were far better than anybody else’s. Some 40 000 women with breast cancer were treated at a cost of between US$2 billion and US$4 billion. Randomised trials were thought unethical because Bezwoda’s results were so good.

But in 1999 the results of four trials were presented, and Bezwoda reported that 60% of the patients he treated were alive after eight years compared with 20% of controls. Yet the other three trials had negative or equivocal results.

At last people smelt a rat, and American investigators went to South Africa to review Bezwoda’s results. They found that many patients recorded as alive had actually been discharged for terminal care, the ethics committee of the university had no record of the studies, and many of the patients were “barely literate black women” for whom consent forms could not be found, although Bezwoda reported having treated equal numbers of white women.

After the investigation, Bezwoda confessed to misconduct, resigned, and disappeared. His studies were retracted, and bone marrow transplantation ceased to be a treatment for women with advanced breast cancer.

It’s deeply uncomfortable for scientists to think that their colleagues may sometimes behave criminally in their work, but nobody should be beyond the law.

Competing interest: RS is a member of the board of directors of the Centre for Scientific Integrity, the parent body of Retraction Watch. He recently gave evidence in a libel trialwhere he believes that the fraudster who brought and lost the case should be investigated by the police.

You may leave a response but pinging is currently not allowed.