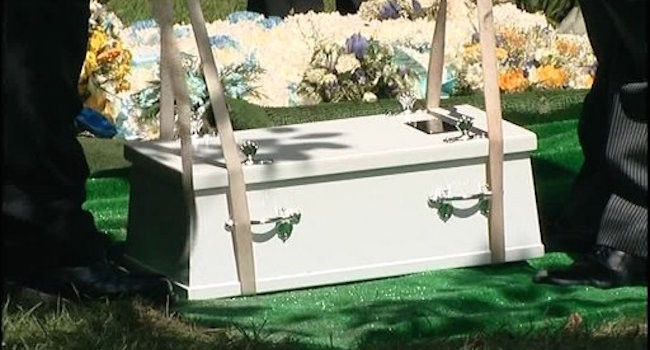 GlaxoSmithKline have been given a slap on the wrist and a small fine of $93,000 after being found guilty of killing 14 babies during a vaccine trial in 2012.

GSK were found guilty of conducting trials on human beings and faking parental authorizations in allowing them to experiment on babies in Argentina.

The judge handed down the ruling following a report by the National Administration of Medicine, Food and Technology (ANMAT) which concluded that the COMPASS trial conducted between 2007 and 2008 demonstrated “failures in the process of obtaining the necessary consent letters from participants, hence violating the patients’ rights; as well the inclusion of patients that did not fully meet the required clinical conditions to be submitted into the program.”

A total of 15,000 children under the age of one were recruited into the study from poor families attending public hospitals in three separate Argentinean provinces.

The scandal was broken by pediatrician Ana Marchese, who learned of the COMPASS study while working at one of the public hospitals involved. She reported the violations to the Argentine Federation of Health Professionals (FESPROSA), which later took the complaints to the government.

“GSK Argentina set a protocol at the hospital, and recruited several doctors working there,” Marchese said. “These doctors took advantage of the many illiterate parents whom take their children for treatment by pressuring and forcing them into signing these 28-page consent forms and getting them involved in the trials.”

“[Drug companies] can’t experiment in Europe or the United States, so they come to do it in third-world countries,” she said.

The COMPASS trial was conducted to test a new pneumococcal vaccine. Similar trials were conducted in Colombia and Panama.

Marchese noted that the new vaccine is not significantly different from existing pneumococcal vaccines.

“There already exist very good vaccines for the same diseases, but we all know how laboratories work, they only care for their own business,” she said.

Many of the complaints against GSK centered around its treatment of the children involved in the study.

“Once a picked patient [arrived], [he or she] would automatically disappear to be taken somewhere else in order to be treated by those doctors specially recruited by GSK,” Marchese said. “These sorts of practices are not legal and occurred without any type of state control, plus they don’t comply with the minimum ethical requirements.”

“In various particular cases, the doctors who had conducted the trials avoided to answer the many phone calls made by worried parents after witnessing their babies’ first reactions to the vaccines,” she added.

“A lot of people wanted to leave the protocol but they were not allowed,” said Julieta Ovejero, the great aunt of one of the babies who died. “They forced them to continue under the threat that if they leave they wouldn’t get any other vaccines for their children.”

In 2008, when FESPROSA first broke the story that 12 children had died, local GSK researcher Enrique Smith dismissed the deaths, calling it “a very low figure if we compare it with the deaths produced by the respiratory illnesses that the pneumococcal bacteria causes.”

In the Santiago del Estero province, the COMPASS trial was approved by the provincial health minister — who also happened to be Enrique Smith’s brother.