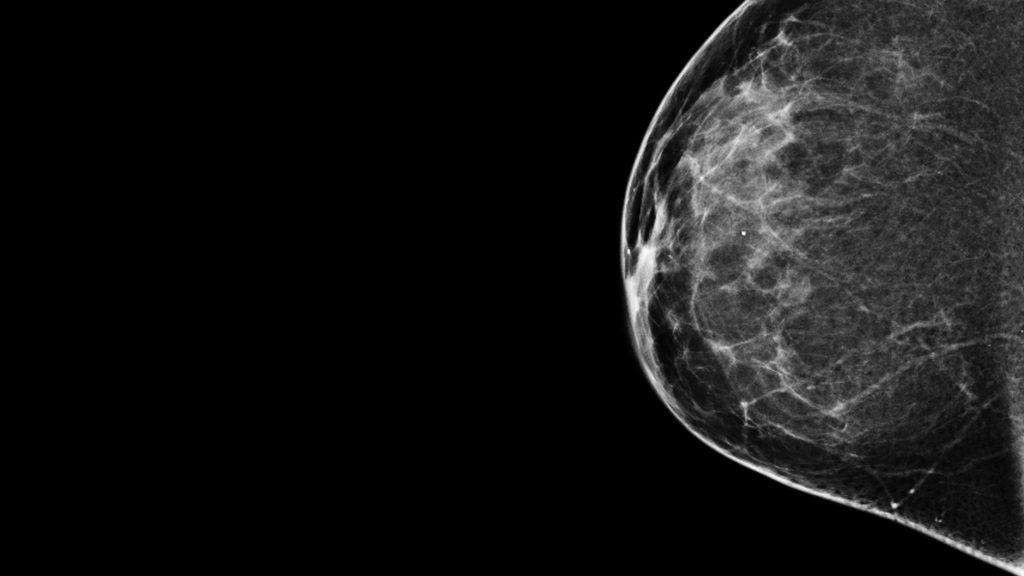 OCTOBER 12, 2016
A new study offers a reality check to anyone who says a mammogram saved her life. For every woman in whom mammography detected a breast cancer that was destined to become large and potentially life-threatening — the kind that screening is intended to head off — about four are diagnosed with one that would never have threatened their health. But the surgery, chemotherapy, or radiation that follows such diagnoses can be traumatic, disfiguring, toxic, or even life-shortening even as it’s unnecessary.

Prior estimates of how many mammogram-detected cancers are overdiagnoses, meaning they don’t need to be treated, have ranged from 0 to 54 percent. The new study published Wednesday in the New England Journal of Medicine, improves on those by using hard data rather than mathematical modeling, and 40 years of it.

The researchers compared records of breast cancers diagnosed in women 40 or older during two periods, 1975 to 1979, before mammography became common, and 2000 to 2002. As you’d want with cancer screening, more small tumors (less than 2 centimeters across) and fewer larger ones are being diagnosed: 36 percent vs. 64 percent in the 1970s and 68 percent vs. 32 percent in the 2000s.

ARTICLE CONTINUES AFTER ADVERTISEMENT
SPONSOR CONTENT
What inspired top J&J female leaders to become scientists?
Hear what inspired some of Johnson & Johnson’s top women leaders to study science at a young age and put them on a path to where they are today.
Sponsor Content by Johnson & Johnson Innovation
But that decrease in large tumors wasn’t what it seemed, found Dr. H. Gilbert Welch of the Dartmouth Institute for Health Policy, Dr. Barry Kramer of the National Cancer Institute, and their colleagues. In absolute numbers, the incidence of large tumors fell from 145 to 115 cases per 100,000 women. The incidence of smaller tumors rose from 82 to 244 cases per 100,000, or 162. The 30 fewer cases of large tumors represent tumors that were caught before they reached 2 centimeters. And what about the 132 (162 minus those 30) other additional small tumors? Those are overdiagnoses, the researchers concluded.

FILE – In this Tuesday, July 31, 2012, file photo, a radiologist compares an image from earlier, 2-D technology mammogram to the new 3-D Digital Breast Tomosynthesis mammography in Wichita Falls, Texas. The technology can detect much smaller cancers earlier. In guidelines published Tuesday, Oct. 20, 2015, the American Cancer Society revised its advice on who should get mammograms and when, recommending annual screenings for women at age 45 instead of 40 and switching to every other year at age 55. The advice is for women at average risk for breast cancer. Doctors generally recommend more intensive screening for higher-risk women. (Torin Halsey/Times Record News via AP)
READ MORE
New guidelines urge later, less frequent mammograms
“Large tumors went down, though only a little,” said Welch, who explained the findings in a video. Because that decrease was swamped by the increase in the number of small tumors, he and his colleagues wrote in NEJM, women “were more likely to have tumors that were overdiagnosed than to have earlier detection of a tumor that was destined to become large.” Specifically, for every one woman in whom mammography finds a dangerous tumor, four are diagnosed and treated for a tumor that would never have harmed them.

“Mammography can help a few — a very few — women, but it comes at a real human cost, including people undergoing treatment unnecessarily,” Welch said.

The researchers also calculated how much the reduction in deaths from breast cancer is due to screening and how much to better treatment, especially new drugs like tamoxifen. The latter accounts for about two-thirds of the reduction in breast-cancer mortality, and screening for one-third, they found. That’s a hopeful message: More and more women are surviving even large breast cancers that, a generation ago, would have proved fatal.

Experts not involved in the study generally praised it. Dr. Russell Harris of the University of North Carolina, who has studied cancer screening for decades, called it “a very smart way to estimate overdiagnosis.” Some questioned whether all additional small tumors are overdiagnoses, however, since “some can metastasize and cause death before they become a large tumor,” said radiologist Dr. Saurabh Jha of the University of Pennsylvania. He suggests that the rate of overdiagnosis is smaller than the new study finds, but still significant.

An editorial accompanying the paper called the data “powerful,” and although it cautioned that the estimate of overdiagnosis is imprecise, it called for “agreeing that overdiagnosis does occur, even though the exact percentage … remains unknown.”

Sign up for our Cancer Briefing newsletter
Enter your email
SUBSCRIBE
As evidence keeps growing that early cancer detection (of prostate, breast, thyroid, lung, and others) saves far fewer lives than everyone hoped, more and more experts are trying to change the conversation.

“We’ve prettied up the [X-ray] pictures and introduced digital mammography and 3-D mammography, and we’re still finding mostly small tumors” that pose no threat, said Harris. “We should stop focusing so much on screening and the idea that we just need to get a better [method], and start helping women understand that screening is not the main thing they can do to reduce their risk of breast cancer.” Maintaining a normal weight, not smoking, and avoiding too much alcohol would all make a greater difference, he said.

But mammography is such an emotional topic, said breast surgeon Dr. Deanna Attai of UCLA Health, that shifting the emphasis away from screening will be difficult. “Patients still want to catch breast cancer early,” she said. “The idea that no matter when it’s diagnosed,” including by finding a lump, “you’re going to do well has not really caught on with patients after so many years of having early detection drummed into them. Even physicians believe that, and it’s a hard mindset to change.”

Women who find regular mammograms reassuring should continue to have them, Welch said, keeping in mind that any cancer is more likely to be non-threatening and that the onerous treatment they have might be unnecessary. Women who decline such screenings, he said, “can feel equally good.”
MOST POPULAR

Hospitals struggle to address terrifying and long-lasting ‘ICU delirium’
What outrage? Ariad raises price of its leukemia drug four times so far this year
I’m a young black woman. Why do so many people assume I’m not a doctor?
SPONSOR CONTENTby Shire
The World’s Most Common Inherited Bleeding Disorder That Goes Largely Undiagnosed
As DNA reveals its secrets, scientists are assembling a new picture of humanity
Sharon Begley can be reached at sharon.begley@statnews.com
Follow Sharon on Twitter @sxbegle
Fuente: https://www.statnews.com/2016/10/12/mammogram-overdiagnose-breast-cancer/